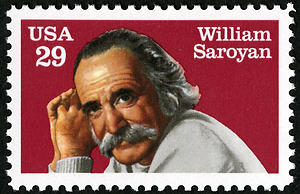 Thomas Tracy had a tiger. It was actually a black panther, but that’s no matter, because he thought of it as a tiger. When he was three and went by the sound of things somebody said tiger! Whatever a tiger! was, Tracy wanted his own. One day he was walking in town with his father when he saw something in the window of a fish restaurant.
Buy me that tiger, he said. That’s a lobster, his father said.
I don’t want it, then, Tracy said.
Americana, Hispanisch 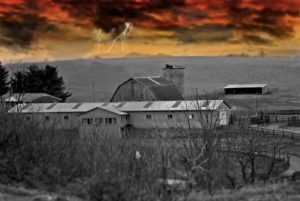 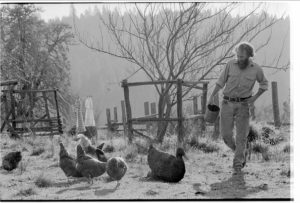 Jim Dodge feeds chickens and a model duck on his ranch.